My word for the year is Endurance.

I didn’t choose it. Who in their right mind would? It was given to me and I wanted to give it straight back. Because who wants a year in which they have to endure things? Wouldn’t you much rather have a year that is wild or free or joyful? WHERE CAN I SIGN UP FOR THOSE?

So, I’ve started running again because what better way to teach me about endurance than forcing myself out of bed on a Saturday morning to run. My loathing of running is well documented and I would normally only run when I'm walking home from the train station in the dark convinced there's a mad axe man just behind me – I live in Zone 6 (the wilderness of London) and everyone knows mad axe men live in the countryside. 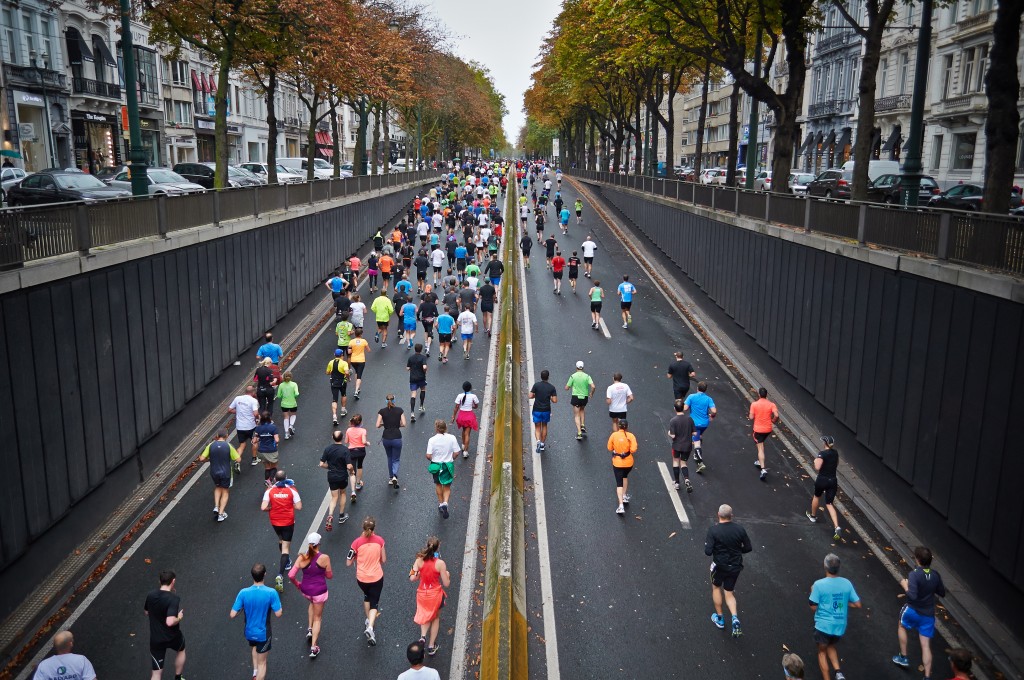 I've come to the conclusion I mostly think endurance is about running because of this:

“and let us run with endurance the race that God has set before us.” Hebrews 12v1

It’s there, In the word -running and endurance go together. Which is all well and good when you’re at the side-lines cheering on a friend, but when you've started your race strong and now you're starting to strain and tire in the middle and just want to give up, catch your breath and eat an ice cream what do you do? How do you get to that seemingly impossible that Usain Bolt finish?

“We do this by keeping our eyes on Jesus, on whom our faith depends from start to finish. He was willing to die a shameful death on the cross because of the joy he knew would be his afterward.” v2

We keep our eyes, our focus on Jesus. The same Jesus who endured a crucifixion because of the joy that was awaiting him.

“Now he is seated in the place of highest honour besides God’s throne in heaven. Think about all he endured when sinful people did such terrible things to him, so that you don’t become weary and give up.” v2-3

My inner psychologist tells me that there’s probably a whole heap of research documenting the link between being able to endure for longer when you have a motivating focus or a goal. But Job knew it too: But I do not have the strength to endure. I do not have a goal that encourages me to carry on. Job 6v11

So, as I do when I encounter ideas and questions and just life in general really, I crowdsource some answers and different perspectives from friends far and wide. Fortunately, my friends are (generally) far wiser and less prone to drama than me and in the midst of my “Endurance, why me?” lament one of them told me this:

“I would say in my perspective that endurance can be enjoyed. The reality is it's all about perspective. Think about an endurance athlete, whom I am assuming loves their sport enough to endure it. Maybe what you're trying to say is endurance is not easy or comfortable. The body is designed in such a way that we actually adapt. While the ratio of endurance muscle to quick movement muscle doesn't change, our ability to effectively move oxygen through our body from our blood improves drastically. The heart and lungs are strained far less when a person is trained than untrained. In that regard, I would think endurance is something that is very worthwhile.”

Urgh, don’t you just hate it when people seem reluctant to indulge your pity party and instead tell you that you’re looking at it wrong? Who even needs friends like that? And I didn’t even know there were such things as endurance muscle and quick movement muscle. I thought there were just normal muscles and then those-guys-who-are-always-doing-weights-at-the-gym muscles.

And so, apparently, endurance isn’t all bad. It’s dedication and commitment and training. Its fixing your eyes on the goal/joy to come/Jesus. Its knowing its worth the work and discomfort. And oh yes, endurance is about running.

I think Endurance is also about hope because if you don't have hope in the result or what you're focusing on surely you'd give up? More on this next time.